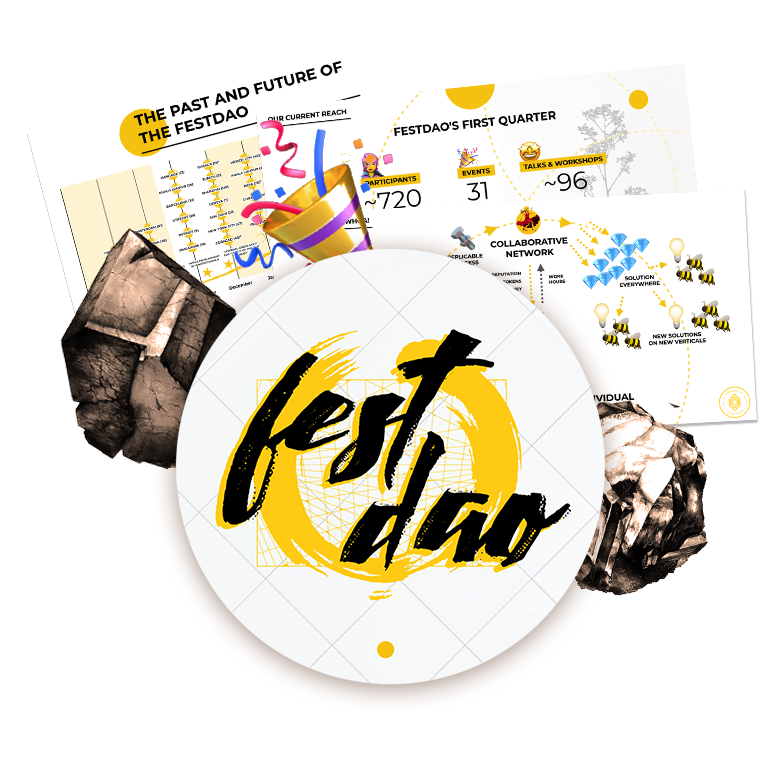 After the first event in Berlin we had 14 requests for organising DAOfests in other locations around the world. There was no chance to pull this off in centralised fashion - for this purpose the FestDAO was launched and used to coordinate 30 events globally in less than 4 months.

It was clear on the floor of the first DAOfest that the idea of an event series dedicated to DAOs had legs. Amidst running from stage to stage, preparing speakers and making sure that the catering wasn’t letting people down I was approached by 14 people claiming that they wanted to organise a version of the event.

From DAO Launch till the ETHDenver 2020 DAOfest about 4 months later 30 events of varying scopes were organised on every continent except Africa and Antartica with minimal investment.

The mechanism of the DAO allowed local leaders of the Decentralization movement to leverage DAOfests as validation of their leadership, cover their costs, make a symbolic but not irrelevant amount of money.

This video outlines the full vision of the DAO - it was a moment of hope for IRL events, remember?

Developing the DAO ended up becoming a sizeable portion of my activities at DAOstack and it attracted considerable positive attention to the ecosystem and although the pandemic and changing priorities inside DAOstack led the experiment to a sudden end, the learnings overflowed into AgencyDAO and PrimeDAO.